FYI: My co-host Carrie Dennett has written a series of great posts on nutrition and pregnancy on NutritionByCarrie.com. You should definitely check them out. Now on to the post…

The thing about proper nutrition when you’re pregnant is the following: It’s DAMN IMPORTANT. For instance, not getting enough folate/folic acid during pregnancy can result in major neural tube defects.1–3 Think about it: You’re literally building a human from scratch. You’re going to need all the necessary components for doing that, plus some extra.

Really, the topic of nutrition and pregnancy is far too large to cover in one blog post, which is why Carrie had to break it up into several posts. So I am going to briefly touch on a few things that were discussed in the show.

I mentioned Dr. Walter Willett appearing on The Diane Rehm Show some years ago to plug his book The Fertility Diet. I have not read The Fertility Diet, but Dr. Willett is chair of the department of nutrition at the Harvard School of Public Health. He is a bit of a rockstar in the field of nutrition because he has written many hard-hitting papers on the subject, and he’s a principal investigator on the Nurses’ Health Study.

I will let the science speak for itself, but one thing that struck me during the interview was that whole milk was associated with greater fertility than skim milk. So if you are a milk drinker, choose whole milk while trying to get pregnant or have a small dish of ice cream or full-fat yogurt every day.* For the other main takeaways from the fertility diet visit the HSPH website.

I’m not going to go into a big long post on everything you need to know about nutrition and pregnancy. If you want something a bit more comprehensive visit Carrie’s posts linked above or check out the Mayo Clinic’s pages on what to eat and what not to eat during pregnancy. Or download this very informative review.4 Or buy a textbook on the subject.

What I would like to do is explore the topic of Omega-3 intake during pregnancy and IQ.

Omega-3s During Pregnancy and IQ

This is a very thorny issue indeed, but one that I think warrants further investigation. In that spirit I did some digging after we recorded our podcast and found the following…

A paper was published in 2005 in the American Journal of Preventive Medicine that you might call something of a meta-analysis.5 The author took all the relevant studies regarding n-3 fatty acids and cognitive development, aggregated them, and summarized their findings. This was the conclusion:

This analysis finds that an increase in maternal intake of DHA during pregnancy of 1 g/day will increase child IQ by 0.8 to 1.8 points (central estimate of 1.3 points). Because typical DHA intake associated with fish consumption is well under 1 g/day, changes in fish consumption will result in IQ effects amounting to a fraction of a point.

In other words, the evidence suggests that large amounts of DHA n-3 will have possibly the only the mildest effects on IQ. The analysis included 7 randomized controlled trials (RCTs) on formula feeding and one RCT on maternal supplementation during pregnancy. The author also points out that that there are large differences in the relevant studies so direct comparison is difficult, and that different tests were used to estimate IQ.

But what has been published since that analysis??

In 2008 a RCT published in the journal Pediatrics found nothing. From the conclusion:

Our study did not reveal any difference in overall IQ scores at 7 years of age between children whose mothers had taken n-3 very-long-chain PUFAs or n-6 long-chain PUFAs during pregnancy and lactation.

In 2007 an observational study was published in the Lancet where pregnant women completed a food frequency questionnaire (FFQ), and later their child was measured for pro-social behavior, fine motor skills, communication skills, and social development.6 From the paper:

[M]aternal consumption of more than 340 g seafood a week was beneficial for the child’s neurodevelopment.

American Journal of Epidemiology in 2008 published results of a cohort study that measured maternal fish intake and child cognition. Another mild association was found.

[M]aternal fish intake more than twice a week was associated with improved performance on tests of language and visual motor skills.

But what about n-3s? Some fish are sources of a ton of n-3s while others not so much. The authors accounted for n-3s. For each 100 mg of maternal daily DHA & EPA intake from fish, children had Peabody Picture Vocabulary Test (PPVT) scores that were 0.5 points higher and Wide Range Assessment of Visual Motor Abilities (WRAVMA) total scores that were 1.1 points higher – another mild endorsement of the link between n-3s and cognition. However, the authors noted that higher prenatal mercury exposure was associated with lower developmental test scores. Unfortunately, often times fish and mercury go hand in hand. Ugh… what now?

Pregnant women are often cautioned to avoid eating too much fish because of the mercury levels. This is important, and like alluded to earlier can have impacts on the child’s cognitive development. The thing is that mercury levels can vary greatly by the type of fish, whether it was farmed or wild-caught, and where it was sourced. For more information visit the NRDC website or check out this handy chart from the University of Maine. 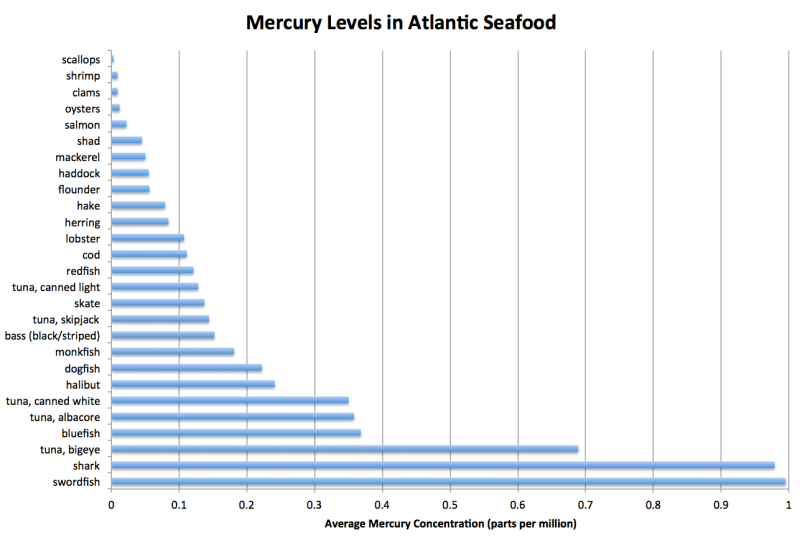 Nutrition and the Epigenome

We touched on nutrition, epigenetics, and the pop science book Survival of the Sickest (If you’ve read it, tell me what you think in the comments section). I’d like to discuss that area of research, but it’s so meaty7 that it requires its own post. 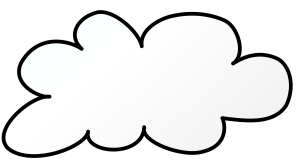 * However, to be clear most of the evidence presented in the book comes from the Nurses’ Health Study, which is an epidemiological study. An important fact about epidemiological studies is that they measure associations (or links) not necessarily causes. So it may be true that there is something about whole milk that produces greater fertility over skim milk, but it is also possible that more fertile women prefer whole milk over skim milk and that the milk really doesn’t affect fertility. It’s difficult to determine, and won’t be determined unless/until some sort of randomized controlled trial takes place. This is important to clarify, especially since I made the mistake of saying in the podcast that milk influences fertility. It would be more accurate to say that skim milk is associated with infertility or whole milk is linked to fertility or something like that.

Who the hell am I anyway?

The Science of Nutrition